From food security to mitigating geohazard risks, environmental understanding is essential for mitigation and resilience in a changing climate. 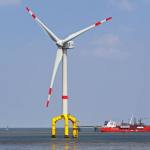 The British government is aiming to have one third of the UK’s power provided through renewable energy sources by 2030. Source: Erich Westendarp / Pixabay

In 2020 the UK Prime Minister announced a plan for a ‘green industrial revolution’. Set out in a Ten Point Plan and a new Energy White Paper, the Government aims to deliver sustainable growth and a net-zero carbon emission economy by 2050.

The challenges and opportunities presented by this ambition are considerable. They will impact on all sectors of our economy, and on the lives and livelihoods of all UK citizens.

At the British Geological Survey, we have a vital role to play, from informing the location of offshore wind farms, to understanding the hazards associated with a changing climate, such as droughts and floods, and the security of water resources for all.

The British government is aiming to have one third of the UK’s power provided through renewable energy sources by 2030, with  offshore windfarms making a significant contribution to this transition.

It isn’t widely known that during the last ice age the seas surrounding the British Isles were inundated by major ice sheets. As they melted, they left behind a complex array of sediments buried beneath the seabed which now form the foundations for these turbines.

To support the long-term sustainable development of these large, offshore projects, it is essential that we understand the complex landforms left by the ice sheets and the meltwater fed rivers, and how sea-level rise at the end of the ice age influences coastal change.

At BGS, we are integrating a range of geological datasets to develop process-based, landscape evolution “models” to understand the lasting changes these past environments have made on the sediments beneath the seabed. Using this research, we are providing the offshore renewables industry with the detailed geological information they need to design and locate windfarms in a sustainable way.

To achieve a world-class infrastructure that is sustainable requires an understanding of the susceptibility of shallow geological hazards (geohazards) to climate change. These hazards are capable of causing harm to both life and the built environment through their impact on land stability. They include landslides, sinkholes, piping, scour and collapsible soil, which commonly respond to changes in groundwater conditions.

Soil property related hazards such as compressibility, clay shrink-swell and the impacts of human use of the sub-surface, e.g. mining, must also be understood, along with hydrohazards, such as flooding. The distribution of these geohazards corresponds closely with the underlying geology and each are sensitive to climatic conditions due to the role of groundwater or soil moisture in their activation. Modelling these geohazards is incredibly complex, and is made more difficult by extremes of climate.

BGS hosts geohazard databases and datasets that provide valuable information with respect to the distribution of the soils and ground conditions that potentially give rise to these events. Climate modelling enables scientists to assess the extent of any increased spatial and depth footprint of these hazards and to assist strategic planners to avoid them, which is the most efficient way to ensure sustainable development.

Where it is necessary for infrastructure to pass across ground that is susceptible to shallow geohazards, geophysical property data can be used to inform mitigation measures. Typically, this may require engineers to increase foundation depths; introduce additional reinforcement, or increase drainage, or slope reduction to maintain slope stability.

Urban areas in the UK cover just ~8% of the land cover but are home to approximately 80% of our population. This places significant pressure on space and natural resources. The question we must ask ourselves is whether the city of today provides a useful benchmark to respond to these pressures and meet our commitments to climate action and the sustainable development goals. In truth we will have to design our cities differently such that we are living more in harmony with the natural environment – including how cities utilise the subsurface.

Through the development of 3D urban geology models we are helping to identify how the ground can be used to make our urban areas more resilient and sustainable. This includes research on the implementation of sustainable drainage systems to help increase urban greening and manage surface water flooding; evaluating the potential of the ground for underground development so that the land surface in cities can be preserved to support the design of garden cities, and; assessment of the influence of geology on heat loss from buildings.

The Anthropocene is used to describe the most recent period in Earth’s history when human activity started to have a significant impact on the Planet’s climate and ecosystems. When humans become extinct we will undoubtedly leave a trace in the geological record, including boreholes, tunnels and caverns, waste and resource storage facilities, mineral workings, military test traces, and plastic.

At BGS we are working on ways of measuring human impact with the aim of providing mitigation strategies. For example, we calculated the weight of London to help understand the loading that causes local compaction and regional subsidence (a major concern during a time of rising global sea level).

By looking at the geological deposits (non-anthropogenic deposits) and overlying buildings (anthropocene deposits), we calculated the mass of anthropogenic deposits in Greater London to be around ~6 billion tonnes. In another study we showed that mineral extraction for human use causes around 316 Gigatons (316,000,000,000 tons) of sediment and dust to be moved around the world, a figure more than 24 times greater than the sediment supplied annually by the world’s major rivers to the oceans.

As nations progress along a developmental continuum so their waste chemical signatures rise and fall. BGS have been comparing human impact in sediment cores from London, Kenya and Vietnam by measuring diagnostic organic compounds from coal and wood burning, vehicle exhaust, sewage, pharmaceuticals, electronics, deforestation and microplastics. These profiles are compared to toxicity bioassays and soil/sediment guidelines in order to mitigate ecologically adverse effects of a changing cocktail of chemical inputs.

For much of the world, climate change is manifested as a water crisis. Changes in the climate are leading to shifts in rainfall patterns and evaporation – increasing the demand for secure water for drinking, industry and irrigation. Floods and droughts are also becoming more common and severe.

For many countries, solutions will focus on developing more resilient water resources and infrastructure, and better flood protection and forecasting, increasingly using nature-based solutions.  In poorer parts of the world where large scale water storage and reticulation is difficult,  BGS research has been showing that further development and protection of groundwater resources holds the key to adaptation. For example, during recent severe droughts in East Africa, communities that had access to reliable groundwater supplied were more resilient, spending less time collecting water and having more secure livelihoods.

The geology beneath our feet has a crucial element in meeting our sustainable futures. From urban infrastructure and food security to siting windfarms and mitigating risks associated with geohazards, environmental understanding is essential for mitigation and resilience in a changing climate. 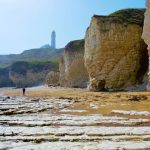