Landforms are features on the Earth’s surface that make up the terrain, such as mountains, valleys, plains or plateaux. They also include coastal features, such as peninsulas or bays, and underwater features, such as ocean basins and mid-ocean ridges.

Landforms are categorised by their physical attributes, such as:

They can also be organised by the processes that create them. Here are some examples of landforms and the different ways they can be created.

A sand dune is an ‘aeolian’ landform; this means it is formed by the wind.

A peninsula is a type of coastal landform. It is a piece of land almost entirely surrounded by water but connected to the mainland on one side.

A butte, an isolated hill with steep sides, is a type landform created by erosion and weathering.

An impact crater, a depression formed by a collision of a large object with the Earth’s surface, is a type of impact landform.

A U-shaped valley is an example of a glacial landform, carved by slowly moving glaciers.

Deep oceanic trenches are a type of tectonic landform, formed where one tectonic plate is subducted beneath another.

A volcanic cone is the most recognisable volcanic landform, built from the materials erupted from a volcanic vent. 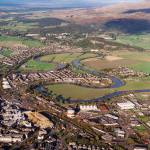 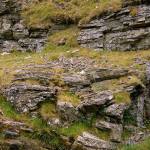 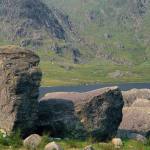