The amount of carbon we have on Earth doesn’t change. It is the same as it is now as it was millions of years ago when the dinosaurs roamed the Earth. Most carbon is stored in reservoirs, or sinks, such as rocks and sediments, while the rest is stored in the atmosphere, oceans, and living organisms. Carbon is released back into to the atmosphere through respiration by animals and plants. It is also released by burning materials such as wood, oil and gas. This is called the carbon cycle.

Carbon is a crucial element for all life on Earth. Carbon is the basic building block of life and helps form the bodies of living organisms. Its compounds form solids, liquids and gases.

Carbon may be either ‘organic’ or ‘inorganic’. Organic carbon is found in:

The majority of the inorganic carbon exists as carbon dioxide, carbonate and hydrogen carbonate.

There is a continuous two-way flow of carbon between the organic and inorganic forms. Inorganic carbon is found in what is known as an oxidised state, which is reduced to organic carbon during photosynthesis. Organic carbon can be oxidised by atmospheric oxygen, usually through respiration (breathing).

The energy released during respiration is used both by plants and animals to maintain their bodily functions. A similar process in which oxygen cycles between the atmosphere, the Earth and living organisms interlinks with the carbon cycle, and photosynthesis (the process plants use to produce energy from their food) and respiration are central to both.

More than 99 per cent of the carbon in the carbon cycle is found in the Earth’s crust. Most of this has a biological origin, deposited on the ocean floor from the remains of the many marine creatures that use calcium carbonate in their skeletons and shells. After consolidation, these deposits may form a rock known as limestone. 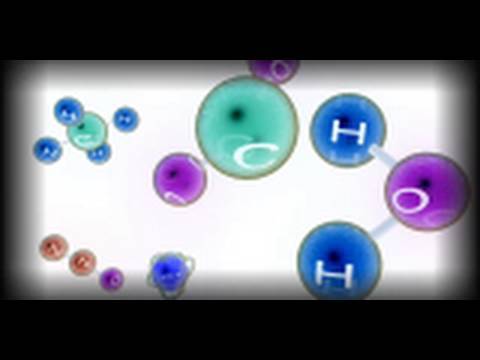 Carbon dioxide levels in the atmosphere

Carbon dioxide is a gas that contains carbon and oxygen; it has twice as much oxygen as carbon and is often written as CO2 for short. CO2 levels in the atmosphere depend on a balance between CO2 sources and sinks: sources give out CO2 and sinks absorb and store CO2.

Geological sources of CO2 in the atmosphere are:

By contrast, the erosion of silicate rocks is a process that tends to remove carbon dioxide from the atmosphere. Rain water is slightly acidic because it incorporates carbon dioxide from the atmosphere. The result of this rain falling on silicate rocks is the formation of chemicals called bicarbonates, which are washed into the oceans and eventually incorporated into the mantle through the process of subduction.

Volcanoes can increase CO2 in the atmosphere. Volcanism was much greater during the middle part of the Cretaceous Period, around 100 million years ago, which is why CO2 levels in the atmosphere were much higher then, resulting in a much warmer climate.

Methane is a gas that is composed of carbon and hydrogen; it contains four times as much hydrogen as carbon and and can be written as CH4. It is actually a much more powerful greenhouse gas than CO2 but is less concentrated in the atmosphere.

There is a large amount of CH4 frozen into a type of ice called methane hydrate, which is found in permafrost, which is ground that remains frozen throughout the year. The structure of methane hydrate holds molecules of CH4 much closer together than if they were in their gaseous form. This means that solid methane hydrate can potentially hold a lot of CH4 gas.

There is a large quantity of CH4 below the sea floor and in permafrost soils. Methane in these reservoirs can be released by processes likes temperature changes or disturbing the sediment as a result of submarine landslides.

The amount of methane hydrate in permafrost soils is poorly known, with estimates ranging from 7.5 – 400 gigatonnes of carbon. If all this methane hydrate were to melt, there could be catastrophic changes to our climate.

Methane hydrates are a component of the ‘cryosphere’; anywhere on Earth where water is in solid form is known as the cryosphere: this includes snow, ice and permanently frozen ground. These all play different roles within the climate system. For example, the continental ice sheets of Antarctica and Greenland actively influence global climate over geological time scales, but they may also have more rapid effects on sea level. Changes in the cryosphere are connected to global-scale feedbacks, including solar reflectivity and ocean circulation.

What is the difference between weather and climate? what causes the Earth’s climate to change and what are the impacts? Find out more with our Discovery Geology climate change resources.

Gases in the Earth’s atmosphere act as an insulating blanket around the planet, trapping more of the Sun’s heat. 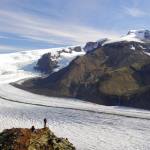