... Home » Discovering Geology » Earth hazards » Understanding landslides » Landslides in the UK and around the world

When required, we also work on international disaster assistance projects using satellite imagery to map and characterise landslides that can be used on the ground by local relief agencies.

When a significant landslide is reported, the BGS Landslide Response Team is sent to assess it and to provide advice to local authorities. We have produced a set of case studies of landslides in Great Britain that describes over 45 landslides.

When required, we also work on international disaster assistance projects using satellite imagery to map and characterise landslides. This information can be used on the ground by local relief agencies to inform evacuation decisions.

Landslides around the world

On 10 November 2009, a local news crew were at a roadside site investigating a previous rockslide. Strange popping sounds on the cliff face were heard as small fragments of rock started to bounce down the slope. Luckily, there was a geologist on site, who recognised this as a sign that another landslide might happen and she moved everybody out of the way. The cameraman just stood with his camera and recorded this amazing footage of a rockslide event.

This rock is made up of thin layers that dip towards the road that has cut through this mountainside. As water seeps through weak spots (bedding or cleavage planes), the rock loses strength and the rocks slide.

On 15 Feb 2010, the side of a hillslope slipped past people whilst they stood and watched. Heavy rainfall in the Maierato region is likely to have started this slide. A landslide had happened here before and geologists had seen signs that it would move again, so people were evacuated and no one was hurt.

An enormous mudflow in Maierato, Italy, in February 2010 split the side of a hill and buried several roads. Satellite pictures from NASA show the path of the landslide. Source: telecosenza.it.

Gravity constantly tugs downward on a slope, but only when gravity’s force exceeds the strength of the rocks, soils and sediments making up the slope does land begin to slide down hill.

On 18 June 1972, near 14 Po Shan Road, Hong Kong, approximately 40 000 m3 of debris travelled some 270 m downslope and resulted in 67 deaths, 20 injuries, two buildings destroyed and one building severely damaged. A construction site above the major part of the landslide was being redeveloped at the time of the landslide. In late 1971 two landslides had occurred at the site. This landslide occurred over a few days.

Work on the construction site above the road, together with the exceptionally heavy rainfall in early 1972, caused this landslide.

On 29 April 1978, a landslide wiped away an area of 330 km2 (about the same as 47 football pitches) including 13 farms, two homes and the local community centre. The slide contained about five to six million cubic metres of material — about 2400 Olympic swimming pools — and was the biggest slide in Norway in this century. Of the 40 people caught in the slide area, only one person died.

Not only did the landslide travel backwards from the lake, it also caused great damage to the community of Leira when, as a result of the clay sliding into the lake, a three-metre high floodwave reached the opposite bank of Lake Botnen shortly after the main slide.

In this case, the farmer dug a pit on his land and put the extra material on the edge of the lake. This extra weight was too much for the clay to cope with and so the landslide began. The slide started at the lake shoreline and developed backwards and landwards taking with it people, farms and homes. This type of landslide is rare and was caused by the special makeup of the clay material.

‘Quick clay’ was laid down millions of years ago under the sea. Over the years, salt has been removed by water passing through it, leaving a clay crust with the salt-free marine clay underlying it. When the clay has too much weight loaded on to it, the strength fails and it collapses. It then becomes ‘remoulded’ and acts like a liquid.

This is a huge landslide is thought to have occurred in prehistoric times, perhaps 10 300 years ago; an earthquake is the likely cause of this landslide. It is a good example of how a landslide can be studied and mapped through modern satellite imagery.

It is known as the Saidmareh Landslide but is also sometimes called the Said Marreh, Seymareh or the Kubi Kuh Landslide. It is 5 km wide and the landslide material covered an area of 165 km2. It is thought that 20 km3 of material, or 50 billion tonnes of rock, was moved in a single event — or enough water to fill eight million Olympic swimming pools!

The landslide blocked and dammed two rivers, which meant that a pair of lakes formed. These have since drained, leaving good soil for farming. The modern river has found a new channel through the landslide deposit.

The landslide carried rocks a long way and large blocks of rock have been found as far as 14 km from their starting point. The type of deposit left after the landslide occurred and the long distance these blocks travelled suggests that this was a landslide that happened at high speed, also known as a rock avalanche or sturztrom.

The sea bed can fail when physical conditions change, just as on land, creating an underwater landslide. These mass movements of vast amounts of sediment are called submarine landslides or just slides.

The sea covers over 70 per cent of the planet and so there are probably many more offshore landslides than there are on land. Submarine landslides can be found even on very low slope angles, as low as 1°, and mapping them underwater is difficult and expensive. 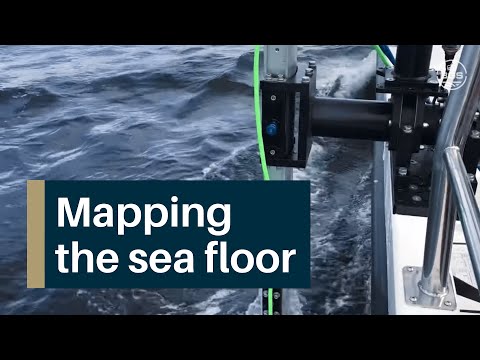 Over 8000 years ago, a massive submarine landslide, known as the Storegga slide,  occurred off the coast of Norway. It resulted in a tsunami reaching the north-east coast of Britain. About 3300 km3 of sediment slid down, often as large blocks up to a kilometre across. Studies have shown that similar events have happened about every 100 000 years in this area.

Sediment deposited during glacial periods can fail when large earthquakes occur. These earthquakes are caused by the crust responding to unloading from the melting of the ice cap over Scandinavia. This is sometimes called post-glacial rebound or continental rebound.

The Afen slide, located north-west of Shetland, is about 4 km wide and 13 km in length, and displaced about 200 million cubic metres of sediment. The area of the Afen slide, which took place about 2800 years ago, is about the size of a large city such as Edinburgh.

As climate changes, variations in ocean currents can lead to changes in sedimentation. Likewise, changes in on the continental slopes between periods of ice advance and retreat during glacial periods can lead to unstable slope conditions. These sediments may fail with even a relatively small earthquake.

Afen slide reconstruction. This event took place fairly rapidly, maybe over a few hours or days. Sometimes a failure at the bottom of the slope can lead to larger failures higher up the slope. BGS ©UKRI.

Several small slides have been found in the soft sediments of Scottish sea lochs. The Holy Loch slide, also known as the Strone slide, is in the Firth of Clyde. These landslides have displaced the soft sediments, which were deposited when the glaciers of the last ice age retreated back onshore.

The sediments have become unstable because they were deposited very rapidly, trapping a lot of water. As sea levels have moved up and down, and organic matter has broken down to produce gas, the local pressure conditions have increased, leading to instability in the slopes.