SEM images showing the sphere surfaces skimmed off by the LA-ICP-MS. BGS © UKRI

During the last year, the Inorganic Geochemistry (IG) Facility at the BGS headquarters in Nottingham installed a new laser ablation – inductively coupled plasma – mass spectrometry (LA-ICP-MS) system for the direct solids analysis of trace elements in geological, environmental and industrial materials. The system was selected with the aim of being able to map elemental distribution across these materials. In this blog, we will cover some highlights of working with the laser so far, focusing on our studies with BGS’s economic geologist Eimear Deady on critical raw minerals from south-west England and mineralogist and petrographer Dr Alicja Lacinska on magnesium carbonate as a means of ‘locking up’ the potentially toxic element chromium.

The laser in our LA-ICP-MS system samples less than one microgram of material by focusing the equivalent power of a nuclear power-generating station into a spot of light, less than the diameter of a human hair, for a mere ten billionths of a second. This intense burst of energy vaporises the tiny sample; we capture it in a stream of gas and pass it over to our mass spectrometer to analyse.

For those who like technical specifications, the new LA system is an imageGEO193 from Elemental Scientific Lasers, which is designed for high-speed, high-resolution imaging of geological materials. it uses a 193 nm excimer laser, running at 1 to 500 Hz, and a fluence of 0 to 15 J/cm2. The mass spectrometer is an 8900 series ICP-MS/MS from Agilent Technologies. This generation of ICP-MS has high sensitivity and high selectivity, allowing us to measure fifty major elements, from per cent levels down to trace element concentrations below one part per million every fifth of a second.

Importantly for users, it can make the laser ablation craters in either a circular or rectangular shape and between 1 and 150 microns across, which makes it ideal for mapping analysis. Solid samples can be used in almost any form, as long as they fit into the ablation chamber, although for mapping they need to have a flat, smooth surface. We would normally use samples that have been prepared in a similar way to those used for scanning electron microscope (SEM) or electron probe work, i.e. samples contained in either polished resin blocks or as thin sections. We use this preparation method because most geological samples are heterogeneous and require a nice cross-section to see what you are analysing.

The laser ablation mapping ablates across the whole surface of the sample, creating transect marks as shown on the SEM image in Figure 3. The process of ablating across the sample is sufficiently shallow that the sample is not disrupted for other future analytical work of a qualitative manner.

A key aim of producers should be understanding the full metal budget from ore deposits, in order to achieve a more sustainable approach to mining and the extraction of metals. This ensures they extract all possible metals and are managing the flow of elements into waste. While trace element content in major ore phases can be used to constrain the parameters that control the petrogenesis of mineralised deposits, it also allows us to identify and quantify impurities or indeed bonus elements that may occur in the ore.

The Hemerdon deposit, located in Devon, is the fifth-largest tungsten deposit in the world and is currently under development. One of the aims of this aspect of the research is to use the trace element data to understand the fluids that formed the deposit, the changing geological conditions under which it formed and how that affects ore quality. We also aim to better understand the deportment of minor metals such as bismuth and molybdenum, assessing both their distribution and abundance.

The LA mapping highlighted the variability of the trace element distribution (Figure 4), identifying crystallographic differences that were invisible under reflected light microscopy or SEM.

The move to low-carbon technologies requires the sourcing of industrial, technological and precious metals in quantities higher than ever before. However, an increase in mining without adequate handling and disposal of the waste can cause adverse effects for the environment and society. The CrCarb project focuses on hexavalent chromium, a highly toxic and carcinogenic pollutant originating from the mining and processing of chromium or nickel ores from ultramafic rocks and laterites, and proposes to immobilise the hexavalent chromium in the crystalline structure of carbonate minerals.

LA-ICP-MS mapping was used as part of a multiscale, multi-technique investigation to uncover the presence and distribution of chromium in experimentally produced magnesium carbonates. Preliminary characterisation of these materials using scanning electron microscopy with energy dispersive X-ray spectrometry and wavelength dispersive X-ray spectrometry (SEM EDS-WDS) revealed that chromium’s distribution is highly variable. As a result, a statistically significant number of particles needed to be analysed to observe and understand any trends in the element distribution, which LA-ICP-MS mapping enabled us to do (Figure 5).

Our thanks to the Innovation Flexible Fund, whose support allowed us time to optimise the new system and undertake some case studies with colleagues both within BGS and beyond.

If you would like us to help you with one of your own projects, contact one of the authors below and we will get back to you! 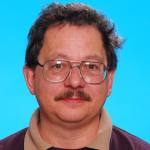 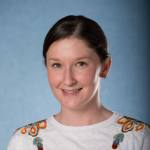 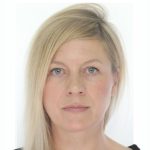