Please note that, as part of our ongoing programme of application upgrades and redevelopment, the iGeology app will be retired on 1 August 2022. We are excited to announce that a new, free-to-use, browser-based application will soon be launched as a replacement.

For more information about this change, please refer to our FAQ section below.

What is happening to the the iGeology app?

In the years since their launch, there have been a number of advancements in both browser and mobile technology. We believe that now is the correct time to consolidate some of these services, and our resources, into a new bespoke map viewer that provides greater accessibility and is available to a wider audience. As a result, the BGS have made the decision to retire both iGeology and Geology of Britain, replacing them with an intuitive web-based application aimed at the public for both a web and mobile audience. GeoIndex will remain available as our premium map viewer service.

We will be retiring the app on 1 August 2022. Any changes to this date will be updated on this page.

Yes! A new free-to-use, browser based, app is being developed that will improve accessibility and be available to a much bigger number of users. The new app is also being designed so that the intended purpose and functionality is distinct from our other services.

For example, BGS GeoIndex is a web tool for professional users who need to access BGS data as part of their business requirements, whilst the new app is designed to make our geological data more accessible to the general public.

The new application will be released as a Progressive Web App (PWA) which means that it is a web application with extra functionality. It will not be found in the Apple or Google App stores, but instead accessed via the BGS website.

Visiting the application on a desktop browser you will not notice any difference, however, on a mobile device (iOS, Android) it can be installed onto your device home screen, launches with a splash screen and runs in full-screen mode like a native app.

After the switch-off date on the 1 August 2022, the BGSiD system will be closed for new registrations. All users who have registered for an account will be contacted before the switch-off date. After the app is retired, user accounts will be deleted from the BGS servers and will no longer be available.

Data submitted through iGeology will be made available from the BGS website. More details will be available soon.

In-app reports will no longer be available after 1 August 2022. If you require a report generated using licenced BGS data, please contact our enquiries team to ask about available GeoReports.

The new app will be available on the BGS website prior to 1 August 2022.

As the new application runs in a web browser it will be available on all platforms that have browser-based internet access. The new app will not be found in the Google or Apple app stores.

Not all functionality that was previously available in iGeology will be migrated to the new application. We have prioritised the functionality based on the needs of our users, as some elements of iGeology were used less frequently than others. This allows us to focus on the most essential functionality and provide a more streamlined and user-friendly application.

Our borehole data is available through a number of BGS sources:

If you have any comments or questions about this change that is not covered by this page, please contact the BGS Enquiries team.

iGeology is a free smartphone app that lets you take over 500 geological maps of Britain wherever you go to discover the landscape beneath your feet. The app is available for iPhone/iPad. 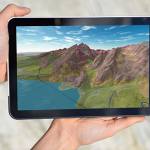 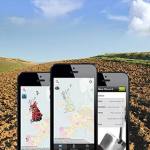