A team of scientists and institutions across Europe have developed a new 3D geological model designed to guide exploration for rare earth elements.

Scientists from BGS and the University of Exeter, alongside a team of institutions across Europe, have developed a new 3D geological model designed to guide exploration for rare earth elements (REE), which are critical for development of renewable energy and transport. The model targets alkaline igneous systems, which host many of the world’s REE deposits.

The development of decarbonised renewable energy and transport infrastructure will require a new balance of minerals, including greater quantities of metals. Increasing demand cannot be met by recycling.

Critical minerals are those with high risk to supply, for example specialist materials produced in only a handful of countries. This includes the rare earth elements, or REE, which is the name given to 17 chemically similar, metallic elements that occur in a wide range of minerals and are mined collectively.

REE are essential raw materials for a wide range of applications, including permanent magnets, metal alloys, ceramics and glass, rechargeable batteries and fibre-optics, amongst others. They are therefore vital for technologies that will support the world’s transition to renewable energy, ranging from wind turbines to electric vehicles, communications networks and more.

Despite this, exploration models for REE are comparatively less well developed than those for major and precious metals such as iron, copper and gold, where most of the mineral exploration industry continues to focus. To address this, a multidisciplinary team of scientists led by economic geologists at BGS have, for the first time, developed a 3D geological model that will help to guide exploration for the REE using both geophysical and geochemical approaches.

Groups of alkaline igneous rocks with a common geological history (alkaline igneous systems) occur at many localities around the world and are common hosts of REE deposits. The new model, which is based on a compilation of maps, geophysical and geochemical data, and petrological observations from alkaline igneous systems worldwide, was published in Economic Geology. It was developed as part of HiTech AlkCarb, a European Union Horizon 2020 project led by the University of Exeter, with 40 participants spread across geological surveys, companies and universities throughout Europe.

Decarbonisation of energy and transport is driving increased demand for many metals, including critical raw materials, such as the rare earth elements.

Because historical demand for the REEs has been low, their supply chains are dominated by a handful of countries who invested early. Our understanding of the geology of REE deposits was largely based on detailed studies of individual occurrences, with a host of complex local nomenclature — a barrier to exploration, relative to more mature commodities such as copper or gold.

The aim of this work was to generate a multiscale REE exploration guidebook for alkaline-silicate systems, allowing geologists to more efficiently locate prospective regions and REE deposits. This was done by synthesising diverse observations from maps, geophysical models and geochemical indicators to generate a workflow for explorers that is applicable from continental to deposit scale. The publication includes a schematic 3D model for alkaline-silicate systems showing the position of various types of critical mineral deposits.

Global demand for critical minerals has experienced unprecedented growth in the 21st century. The majority of the world’s resources of some of these elements, particularly the REE, are found in alkaline igneous systems.

Although REE deposits are present all over the world, mines are mainly limited to China, upon which the EU still primarily depends for imports.

The aim of our work was to produce a model that could guide exploration of alkaline igneous rocks and, importantly, develop our understanding of the 3D structures of these deposits. This is the first time a model has been visualised in this way.

We also recommended geophysical and geochemical approaches for exploration targeting, as well as mineral processing and environmental factors pertinent to the development of mineral resources hosted by alkaline igneous systems.

I am delighted to see this paper published. Charlie has done a great job of harnessing all the expertise in our large European research project for this seminal paper. I am sure it will be the ‘go to’ reference for economic geologists exploring for REE in alkaline rocks as well as for future researchers. We made the 3D model so that geologists new to alkaline rocks can quickly learn the key points to guide the search for REE. The main body of the paper contains a comprehensive, in depth review and discussion of the science.

Prof Frances Wall, professor of applied mineralogy at Camborne School of Mines, University of Exeter, coordinator of the HiTech AlkCarb project and co-author of the work.

The project was a collaboration between 40 scientists from universities, companies and geological surveys across Europe.

This research has received funding from the European Union’s Horizon 2020 research and innovation programme under Grant No. 689909. 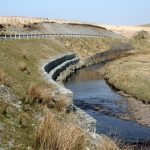