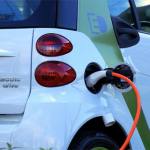 Global production of lithium has seen a sharp increase of 235 per cent in five years, according to the latest figures now published in World Mineral Production 2014-2018 (WMP), by the British Geological Survey (BGS).

The latest version of the WMP, available to download on the Minerals UK website, sets out production figures by country for more than 70 mineral commodities over the five-year period from 2014 to 2018. The BGS has published these data annually, since 1913.

Updated figures show mineral production being driven by the growing demand for electric vehicles, with the largest global increases for commodities used to manufacture batteries, including the production of lithium (25 per cent), cobalt (18 per cent), graphite and nickel (both 13 per cent).

Scientists at the BGS say the figures for lithium are “particularly significant” as it follows a major increase in production between 2016 and 2017. This has been driven by a substantial contribution from production in Australia, as well as Canada, Chile, Zimbabwe and China. Namibia and Nigeria have also added to new production.

The latest statistical data on minerals production in the UK has also been made available this week by the BGS, with its publication of the UK Minerals Yearbook 2019.

The UK produces around 200 million tonnes of minerals each year, which contributes directly to our construction, agriculture, energy and manufacturing, construction sectors.

Iron, steel and coal production have dropped in the last five years.

“There is continuing interest and concern surrounding the worldwide security of supply of certain minerals. Indications suggest that materials use is projected to more than double by 2060, with metals expected to grow the fastest.

“It’s critically important that we understand the pressure this will place on the environment, global economies and future gains in well-being. BGS research is evolving to address this challenge, and increasingly our focus is on improving understanding of stocks and flows of raw materials, such as cobalt and lithium, which are essential to decarbonise our future energy and transport systems.”

Andrew Bloodworth, BGS Science Director for Policy, Decarbonisation and Resource Management stressed that the BGS will continue to work with European partners on several minerals-related research projects in the coming months.

He said: “Although metals are an essential component of decarbonisation technologies, their production is currently carbon intensive.

“This has led the BGS to develop an interest in understanding how sustainable and responsible supply of metals from primary and secondary sources can be improved, and what policies or approaches will be most effective in implementing change.”

Both the World Mineral Production 2014-2018 and the UK Minerals Yearbook 2019 are available to view on the Minerals UK website.

For additional information go to: www.bgs.ac.uk/mineralsUK

Image by MikesPhotos from Pixabay. Other images are available free for media use from the BGS.

The British Geological Survey (BGS) is a world leading applied geoscience research centre that is part of UK Research and Innovation (UKRI) and affiliated to the Natural Environment Research Council (NERC). BGS core science provides objective and authoritative geoscientific data, information and knowledge to inform UK Government on the opportunities and challenges of the subsurface. It undertakes national and public good research to understand earth and environmental processes in the UK and globally. The BGS annual budget of approximately £60 million pa is funded directly by UKRI, as well as research grants, government commissions and private sector contracts. Its 650 staff work across the UK with two main sites, the head office in Nottingham and Lyell Centre, a joint collaboration with Heriot Watt University in Edinburgh.