In the UK, geological maps traditionally have been attributed with lithostratigraphical map units. These maps are sometimes only of limited use for planning and engineering projects without significant supplementary information.

In addition to the two map sheets, an extended key has also been produced. It includes a description of each engineering geological lithology and information on engineering considerations including foundations, excavatability, engineered fill and general ground investigation conditions.

The purpose of these maps is to present an overview of the engineering geology of the UK. They are not intended as a replacement for detailed site-specific desk studies or ground investigations. The maps may prove of particular use to those who are embarking on the study of engineering geology or who are in the early stages of their professional careers in civil or environmental engineering.

They also serve to raise the awareness of the impact that geology has on planning and development, and act as a reminder of the importance of engineering geology in reducing the risks associated with human interaction in the built and natural environment. 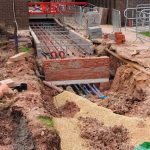 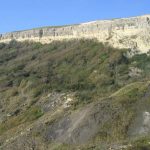 The Gault Formation was deposited in the Cretaceous and crops out from East Anglia to west Dorset, and from north-east Kent to Sussex. 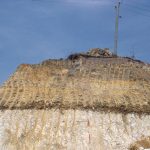 The Lambeth Group was deposited in the Palaeogene and underlies much of the city of London. 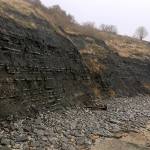 The Lias Group was deposited in the Late Triassic to early Jurassic and crops out in a band across England from Dorset to Yorkshire. 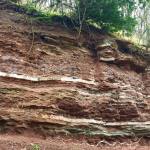 The Mercia Mudstone Group was deposited in the Triassic and underlies much of central and southern England. 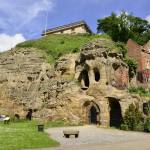 The Sherwood Sandstone Group was deposited in the Late Permian to Early Triassic and is present in many of the sedimentary basins in the UK.