Hydrothermal research at the BGS is carried out within the Fluid and Rock Processes Laboratory Cluster. This laboratory is used to study chemical reactions between fluids and rocks under conditions found in the top few kilometres of the Earth’s crust. In more than 25 years of operation, the laboratory has been at the centre of numerous investigations that require well-controlled conditions to study reaction processes under in situ conditions (i.e. elevated temperatures and pressures) and it is probably unique in the range of very different studies that have been investigated in the laboratory.

The laboratory was set up at Harwell in 1979, when the UK high-level radioactive waste programme needed to understand reactions between vitrified waste and groundwater. It was dismantled in 1983 and moved to the BGS’s main site at Keyworth.

The high-level waste programme ceased in 1981 and the laboratory was then used to study how hot granite reacted with water as part of the hot dry rock (HDR) geothermal programme in Cornwall. Knowledge gained from this facilitated study of reactions in geothermal systems in Costa Rica (1985–87) and and within submarine black smokers (as part of the British mid-ocean ridge (BRIDGE) initiative (1994–95)).

The demise of the UK HDR programme in 1989 led to another shift in activities, studying the impacts of cement-based materials as engineered barriers for the disposal of radioactive wastes. The laboratory was a major source of information on the way in which alkaline cement porewaters react with rocks, for both UK and international programmes (1989–2000).

In 1992, concern about the effect of carbon dioxide (CO2) on global temperatures resulted in the BGS leading an international team investigating the potential for the deep underground storage of CO2. Within this programme, and similar ones that continue today, the laboratory was used to study reactions between CO2, groundwaters and rock types that might be encountered during the deep underground storage of CO2. Other current activities also include weathering processes and how metals are leached from mine waste.

Static (batch) and flow-through equipment are available in the laboratory, with usable volumes ranging from less than one millilitre to over ten litres. Much of the equipment can withstand high temperatures and pressures, with current standard operating conditions up to about 400°C and 500 bar.

More extreme conditions can be simulated with with minor modifications. Although some equipment is ‘off the shelf’, numerous pieces are novel, having been specially developed for the laboratory. The experimental reaction products are characterised using a wide range of fluid chemical and mineralogical analytical techniques that are available within other dedicated laboratories at the BGS.

The BGS has developed an in-house laboratory capability to carry out experiments simulating fluid–rock interactions in deep geological conditions. Experiments utilise a specialised pressure vessel known as the ‘Big Rig’.

Geological materials to be investigated are packed into a titanium column (100 cm long with an internal diameter of 3.6 cm), which in turn is loaded into the Big Rig. The confining pressure is maintained by a syringe pump. Reactant fluid is equilibrated in a 3 litre conditioning vessel before being displaced into the column. Fluid pressure and flow are further controlled by syringe pumps. Samples of the reactant fluid are collected from the column using a floating-piston titanium pressure sampler.

These are the areas of carbon capture and storage (CCS) research that this laboratory is working on.

The focus of our  CCS research is on the geochemical interactions between CO2, groundwaters and a range of rock types at elevated temperatures (25–400°C using incubators, ovens and heating jackets) and pressures that range from ambient to over 500 atmospheres.

We have different types of pressure vessels: static ‘batch reactors’, mixed flow reactors and flow-through reactors. Many items of equipment have been designed by the laboratory staff and manufactured within BGS workshops.

The hydrothermal laboratory is assessing the chemical and mineralogical changes caused by stored CO2 on reservoir rocks (e.g. sandstones and limestones) and caprocks (e.g. clays and evaporites) and how these contribute to long-term safe storage. Reactions are tracked in various ways, including visual observations, monitoring fluid chemical changes and detailed mineralogical analysis of the reacted solids. Additionally, we can derive the fundamental data on reaction processes and rates that underpin predictive geochemical modelling of how the rocks will react on a longer timescale. This allows us to investigate the feasibility of storing CO2 in this way in different formations, under different conditions.

Projects for this laboratory include:

For more information, please contact the Head of the Fluid and Rock Processes Cluster – Dr Jon Harrington
Get in touch 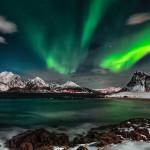 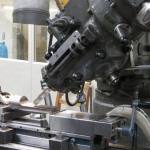 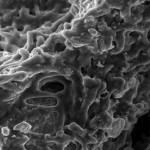 This cluster does research to identify, measure and quantify complex geological and environmental processes essential in the efficient utilisation of natural resources and underground spaces.