Scientists have been able to study the marine deposits of a deadly volcanic island landslide-tsunami at Anak Krakatau, Indonesia, using modern hydroacoustic equipment. 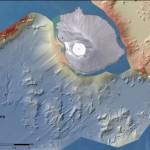 Using a mixture of modern acoustic equipment, satellite imagery and photography, scientists have studied deposits following the 2018 Sunda Strait Tsunami and been able to determine its cause. Source: © James Hunt

For the first time, soon after an event, scientists have been able to study the marine deposits of a deadly volcanic island landslide-tsunami at Anak Krakatau, Indonesia, using modern hydroacoustic equipment.

Together, with their international team, they have just published the survey results of the submarine landslide, which in December, 2018 created the devastating ‘silent’ tsunami flooding miles of the of the Sunda Strait coastlines of Sumatra and Java that killed over 400 people and injured more than 14,000.

Using the detailed seafloor mapping data, together with satellite images of the subaerial collapse scar, the scientists have been able to better understand the volcanic processes in the months before the event which ultimately contributed to the collapse.

Their results reveal the landslide was large enough (0.214 km3) to bury the City of London to around the height of St Paul’s Cathedral.  The findings, titled ‘Submarine landslide mega blocks show half of Anak Krakatau island failed on December 22nd, 2018’ are published in the journal Nature Communications.

Major tsunamis from the collapse of volcanic islands are rare. We were fortunate to have the opportunity to study this event, and improve our understanding of their hazard.

Read the full story from the National Oceanography Centre 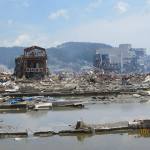 10 years on: the 2011 Great East Japan Earthquake and Tsunami 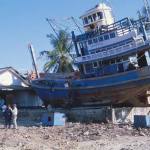 Tsunamis are truly multi-hazardous global phenomena because the different mechanisms result in their wide geographic spread and impact. 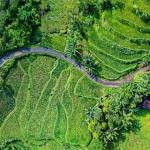 Scientists have identified a potential new tsunami risk in Indonesia by mapping below the seabed of the Makassar Strait. 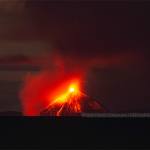 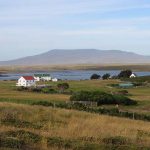