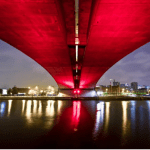 The only way the UK can reach its target of net zero emissions by 2050 is by taking a better look below the surface, say experts from BGS and geologists from across the UK.

If we want to reach net zero by 2050, we need to focus on increasing our knowledge of the subsurface of the UK.

The Natural Environment Research Council commissioned the £31 million UK Geoenergy Observatories, which are underway in Cardiff, Glasgow and Cheshire. These observatories are a huge step forwards and will help us understand the subsurface in detail that hasn’t been possible before.

We need more large-scale pilot and demonstrations of geothermal, CCS and BECCS so that we can make rapid advances in these fields.

Before meaningful progress can be made in decarbonisation and the three technologies with the most potential, Stephenson warned, scientists need to advance their understanding of the UK’s subsurface.

Earlier this year, around 100 geoscientists gathered in London to discuss decarbonisation. One of the most fundamental challenges we identified was the need to characterise the UK’s subsurface.

For the hydrogen economy to advance, we need to understand the properties of the deep rock salt that will be used to store the gas. If we want to store carbon dioxide, we need to map and characterise sandstone.

We need to know how gases and fluids flow through or are contained in these rocks so that we can start identifying new sites where these technologies could be installed.

Decarbonisation needs the right combination of geological advantages, and in some parts of the country clusters have already formed.

In the north-west of England, for example, there is the potential for offshore CCS, salt for hydrogen storage and some geothermal potential, next to many industries that need to get rid of carbon dioxide. This is an area we could focus our research to maximise advances in decarbonisation techniques.

The new report was compiled following the 2019 Bryan Lovell conference organised by the Geological Society.

Across the UK, geoscientists are working to address the challenges posed by the need to transition to low-carbon energy sources and meet UK targets for net-zero emissions.

By bringing together knowledge of subsurface structural characteristics, fluid flow, and geochemistry, they will be able to support and drive forward efforts to ensure the energy security and independence of the UK, whilst minimising the environmental impacts of energy generation.

Carbon capture and storage, combined with oil and gas production or hydrogen generation, can create almost carbon neutral energy supplies. It is an essential component to provide energy security while we transition to a low-carbon energy future.

The North Sea industry and supply chain already has many of the technologies we need to make CCS a reality and our institute has been active in CCS research for nearly 20 years. Now what’s required is large-scale demonstrations so we can build the business case for CCS.

Energy firms around the world are committing many millions of pounds into making CCS reality and it’s essential that the UK isn’t left behind.

Read the report in Petroleum Geoscience, the international journal of geoenergy and applied earth science.

What is geothermal energy?
https://www.bgs.ac.uk/geology-projects/geothermal-energy/

Geothermal energy is the energy stored in the form of heat beneath the earth’s surface.

Geothermal energy is a carbon free, renewable, sustainable form of energy that provides a continuous, uninterrupted supply of heat that can be used to heat homes and office buildings and to generate electricity.

Our planet is a huge source of energy. In fact 99.9 per cent of the planet is at a temperature greater than 100°C; so geothermal energy is a significant renewable resource.

Geothermal energy has been used to provide heat for as long as people have been around to take advantage of it. For example, in some places the natural groundwater, heated by this geothermal energy, finds its way to surface and emerges in hot springs or steam geysers, which have been used by humans for bathing and agriculture since pre-history.

The BGS Geothermal map of the UK shows the geothermal potential in the United Kingdom and the BritGeothermal collaboration will help develop a greater understanding of UK geothermal resources and research their exploitation so that geothermal energy can become part of the energy mix.

What are the UK Geoenergy observatories?
The Natural Environment Research Council (NERC) is investing £31 million in world-class research facilities to deliver new data for the Earth science community. The knowledge gained from the UK Geoenergy Observatories will inform the responsible development of new energy technologies that deliver on energy demands, climate change targets and the need to protect the environment.
https://www.ukgeos.ac.uk/about/project-details

What is CCS?
CCS involves capturing carbon dioxide (CO2) from large emission sources and then transporting and storing or burying it in a suitable deep geological formation. CCS can also mean the removal or scrubbing of CO2 from the open atmosphere followed by storage in a deep geological formation.
https://www.bgs.ac.uk/discoveringGeology/climateChange/CCS/home.html

What is BECCS?
The idea behind BECCS is fairly simple: grow energy crops and burn them in power stations for electricity, scrub out the CO2 and sequester it permanently in the subsurface. Some commentators see two approaches to staying below 2 °C warming: the ‘pay early’ and ‘pay late’ plans. In the first, countries have to slash greenhouse gas emissions immediately; the second allows a slower phase-out by developing negative emissions, particularly BECCS. To some, BECCS is the last resort in the latter part of the century if all else fails to cut emissions.