Binny Craig is possibly West Lothian’s most prominent natural landmark and its location just a few kilometres north of Livingston means it’s only 20 minutes drive from the BGS Edinburgh office. The craggy knoll, formed from an igneous intrusion, rises abruptly above the undulating farmland and urban areas of central Scotland and offers a great short walk suitable for all the family with spectacular views from the summit (on a clear day).

Like Castle Rock in Edinburgh, Binny Craig is a fantastic example of a ‘crag and tail’ landform. It was formed during the last ice age as glaciers moved eastwards across central Scotland eroding and moulding the relatively soft sedimentary strata beneath them, but riding over some of the more resistant igneous rocks. When the ice melted away (approximately 16 000 years ago from this area) a streamlined landscape emerged, reflecting the direction of ice flow and the underlying geology, which is still visible today.

The bedrock geology underlying Binny Craig is typical of that seen across much of central Scotland, consisting of layers of Carboniferous sedimentary rocks which were subsequently intruded by magma during Permo-Carboniferous times. The sedimentary strata are varied – a result of the rapidly changing environmental conditions that occurred around 330 to 340 million years ago when Scotland lay near to the equator. Sandstones were laid down along rivers and coastal beaches, mudstones built up on the floodplains of large rivers and tidal flats, lagoons with organic-rich muds gave rise to oil-shales, limestones were deposited in warm shallow seas, and coal seams formed from the vegetation which fell onto a swampy forest floor.

The earth was also restless at this time and tectonic movements allowed magma to rise upwards and intrude into the newly formed sedimentary strata. At Binny Craig the magma cooled underground but elsewhere it reached the surface and produced volcanic vents and lava flows. The composition of the magma across Scotland is diverse – the intrusion at Binny Craig is composed of a type of quartz-dolerite; a hard, dark-coloured, fine-grained rock formed of interlocking crystals.

Rock exposures at Binny Craig show that the magma was squeezed between the layers of sedimentary rocks. Although now tilted at a gentle angle down to the east, the base of the intrusion can clearly be seen lying parallel to the beds of mudstone, like jam in a sandwich. This type of intrusion is known a ‘sill’, whereas a ‘dyke’ would cut across these sedimentary layers.

West Lothian is well known for its thick seams of oil-shale, which initiated the Scottish oil industry and was of great economic importance during the 19th and 20th centuries. Although all the mines and refining plants are gone now, some of the flat-topped waste shale ‘bings’ remain as a reminder of the once extensive industry which was so important in the area (a few are protected as scheduled monuments). There was no mining at Binny Craig; the heat from the intrusion baked the oil-shales and drove off the valuable hydrocarbons, but the nearby Broxburn bing can be seen from the summit and under the right light conditions almost glows orange.

Oil-shale wasn’t the only valuable resource to be found locally; coal, limestone and sandstone were also worked. The shape of Binny Craig may itself have been enhanced by quarrying in the past – in a fairly remote location the crag offered easily accessible, hard-wearing rock which could have been exploited for the construction of local tracks and walls. Of greater importance though was the nearby Binny Quarry – one of the largest and most significant sandstone quarries in Scotland which provided high quality sandstone for some of the best-known buildings and monuments in Edinburgh, such as the Scott Monument and the National Galleries. The quarry is now infilled and part of Binny Golf Course.

The land surrounding Binny Craig is owned by SRUC Oatridge Campus, an agricultural college which offers a wide range of land-based courses including horticulture, engineering and conservation. Although it is mainly agricultural land at the site, there are also woodland areas, ponds and water courses which provide varied and valuable wildlife habitats – keep your eye out for badgers, hares, stoats and red squirrels. There are no statutory restrictions protecting Binny Craig, but it is a Local Geodiversity Site (LGS) and is identified with the local council.

There are footpaths from the minor road to the south and from Oatridge College to the east which lead to Binny Craig, and a network of faint paths cross the rough ground around the site where you could either loop round or scramble up to the top. Beware of the steep cliffs on western side, slippery ground in wet weather and any livestock which may be in the fields. There is no public transport to the site, but responsible use of the nearby golf course car park is generally accepted and there is limited roadside parking for around 2-3 cars at the entrance to Hangingside Wood.

Lothian and Borders GeoConservation Group have written a great leaflet for Binny Craig, which gives further details on the geology and surrounding area.

Footpaths around the site with photos from a sunny day can be accessed at Broxburn’s Binny Craig – Scotland Off the Beaten Track.

A more detailed geological field guide that explores other local sites in the Lothians is available at Lothian Geology: an excursion guide on BGS’s Earthwise. 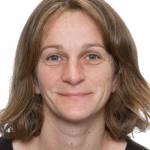