Pen y Fan is the highest peak in South Wales, rising to 886 m above sea level in the central part of the Brecon Beacons National Park. Pen y Fan is one of a series of flat-topped mountains in a landscape of high hills that include, from west to east:

The rocks that underlie this part of the Brecon Beacons are Devonian in age (about 419 to 359 million years old) and part of an informal grouping of rock units known as the Old Red Sandstone (ORS), which is collectively late Silurian to early Carboniferous in age. Rocks of the ORS were deposited on a continent called Laurussia at subtropical to tropical latitudes. This was an important time for the development of land plants, which had a major impact on the atmosphere and global climate by lowering atmospheric carbon dioxide levels. This in turn profoundly affected the style of alluvial sedimentation during this interval by stabilising flood plains and facilitating the development of soils.

The red rocks of the Brownstones Formation (407.6 to 393 million years old) are exposed in the upper parts of the north-facing, scarp faces of Corn Du and Pen y Fan. The Brownstones Formation, which is composed of interbedded sandstone and siltstone, was deposited by rivers in extensive sheets in which the proportion of sandstone in relation to siltstone increases higher up the sequence. This variation is thought to be due to the change from distal to proximal environments where they were deposited on an alluvial plain. The interbedded nature of this unit is responsible for the prominent bedding visible in the scarp faces.

The dramatic scenery of the Brecon Beacons was partly created during the more recent past. Although the general form of the landscape is likely to have been established prior to the Quaternary (2.58 million years ago), it is the repeated growth of ice sheets or glaciers during the late Devensian (26 000 to 15 000 years ago) that created the current landscape with its modified river valleys, oversteepend valley heads, cirques and escarpments. Periglacial conditions also created slope instabilities, landslides and debris flows, processes that continue to the present day.

The small lake that lies in the lower ground to the north-west of Pen y Fan is called Llyn Cwm Llwch. The lake lies in the most shaded part of the valley head, where it receives less sunshine compared to the surrounding area.  During the Devensian, a cirque glacier cut the steep valley walls now occupied by the lake and deposited the material that makes up the moraine surrounding the lake. The cirque glacier would have formed between the moraine and the steep scarp wall where, during the Devensian, snow persisted in the shadow to the north of the escarpment.

There are a number of paths to reach Pen y Fan. The shortest ones, both circular routes of around four miles, are from the Storey Arms Education Centre or the National Trust Pont ar Daf car parks, where there are obvious paths to the summits.

An alternative, more challenging, 10-mile route is the Horseshow Ridge Walk. This walk starts at the Taf Fechan car park and heads north to Fan y Big, Cribyn, Pen y Fan and Corn Du before heading south-east along the Craig Gwaun Taf and Graig Fan Ddu ridges along a circular route back towards the car park at Taf Fechan. Taking and being able to use an OS map and compass is essential for this route.

Weather conditions are very changeable and so take clothing and supplies for all conditions: water and sunscreen for warm days and waterproofs and warm clothes for colder and wetter days. Do not go too close to the escarpment edges, especially on windy days. Pen y Fan can also be very busy so plan your trip to avoid the crowds. 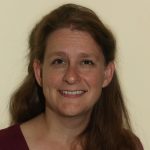