BGS·SIGMA is an integrated toolkit for digital geological data capture and mapping, which enables the assembly, capture, interrogation and visualisation of geological information as well as the delivery of digital products and services.

The benefits of digital data capture using BGS·SIGMA are extensive. The system enables data to be gathered in a standardised format through the use of a custom-built data model and pre-defined dictionaries. A wide variety of geological information, photographs, sketches and comments are easily collected through the use of tailor-made data-entry forms and all data is linked to a digital location point on the map.

The system enables project teams to start building their digital geological map in the field by merging data collected by multiple geologists, building line work and polygons, and subsequently identifying areas for further investigation. This digital data can then be easily incorporated into corporate databases and used in 3D visualisation software such as GeoVisionary once back in the office.

BGS·SIGMA is the default toolkit within the BGS for bedrock and superficial mapping as well as other data acquisition projects across the UK and overseas. It is also being successfully used worldwide by:

Its use is global, with nearly 5000 free licenses granted worldwide to date and has been used on all seven continents. 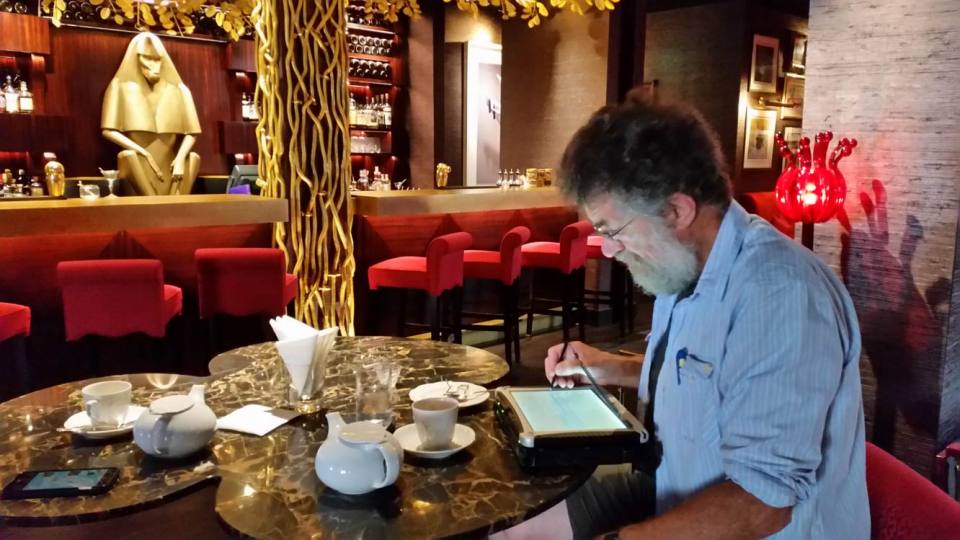 BGS·SIGMA in use around the globe: in a Malaysian hotel and on location in Sierra Leone. 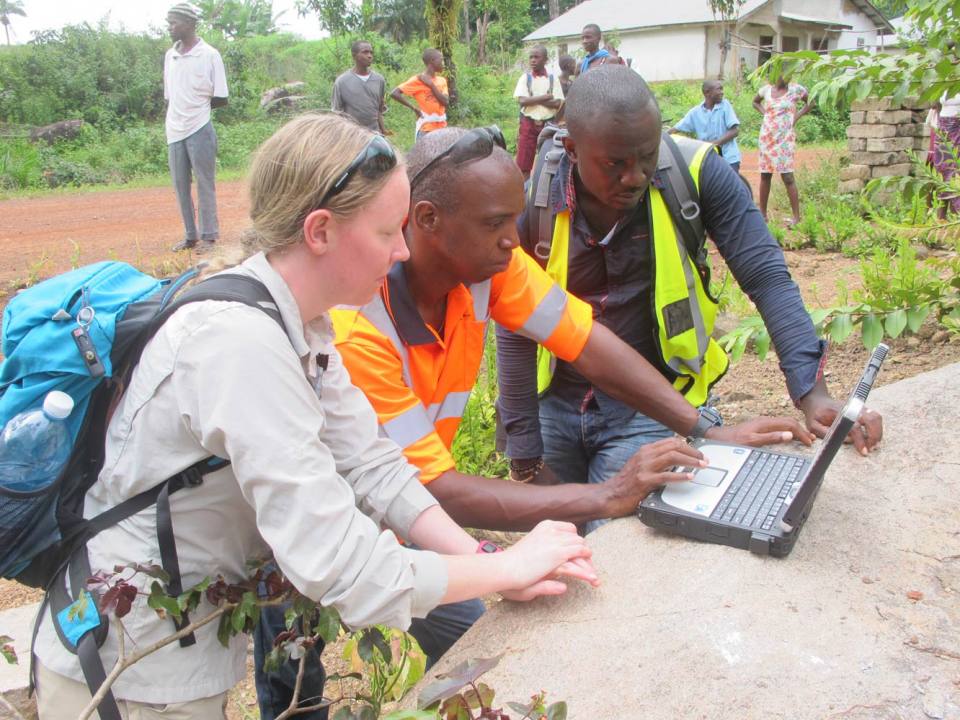 The fourth release of the BGS·SIGMA system contains these updates:

These tools can be used in whichever way suits the user and still maintains the user’s own working practice.

An MS Access licence is no longer required, unless your organisation wishes to view and manipulate the data directly in the database or make changes to the dictionaries.

The BGS does not supply ESRI ArcMap or MS Access as part of BGS·SIGMA. It requires a Standard ArcMap licence to run.

Prior to commencing fieldwork, a BGS geologist will carry out an initial desk study of their field area using Socetset (a stereo aerial photography system) or GeoVisionary (3D visualisation software) and observations are recorded directly into ArcMap/BGS·SIGMA. Once datasets have been assembled in the office using BGS·SIGMAdesktop, targeted fieldwork can commence using BGS·SIGMAmobile.

Following fieldwork, BGS·SIGMAdesktop can be used again to finalise data, combine field projects and compile final datasets. As part of this process, GeoVisionary can once again be used to validate the data in a 3D environment.

The BGS·SIGMA project was initiated in 2001 in response to a major stakeholder review of onshore mapping within the BGS. That review proposed a significant change, with the recommendation that digital methods should be implemented for field mapping and data compilation. As digital data became more readily accessible, it meant that paper maps, fieldslips, satellite imagery, aerial photography and other resources could be made available for the area of study. GIS software was evolving and meant we could embed custom built GIS tools into ESRI ArcMap, meaning that, in essence, BGS·SIGMAmobile became the access route to the digital fieldslip with the underlying database becoming the digital notebook.

As BGS·SIGMA evolved over the years it adapted and developed to meet the needs of our geologists. BGS·SIGMAdesktop was added as a toolbar from another piece of BGS-developed software, to make the digital fieldslip into a geological map.

Once the geological data has been collated and finalised, it’s not just maps that can be created: the information can be used in 3D platforms, such as GeoVisionary and GSI3D, and can be used for subsurface interpretation using BGS Groundhog.

We are now developing a BGS▪SIGMA app to compliment the main BGS▪SIGMA system enabling the flexibility to capture of data on a smartphone as well as a tablet or PC.

Whilst the system was initially built to replicate traditional geological survey mapping at the BGS, we have successfully designed and developed data entry forms for use by our geodiversity, landslides and buildings stones teams, enabling them to carry out vital work within their areas of expertise.

Outside the BGS, we have developed specialised custom forms for use by mining companies and other organisations (e.g. the built heritage sector, enabling digital condition surveys of traditional or historic buildings).

The core components of the BGS·SIGMA system (observation points; photographs; sketches; samples; comments) apply to most areas of digital data capture and integrating custom requirements into the system can be carried out by our team of specialist developers.

BGS·SIGMAv2015 is available as a free download to anyone who wishes to use it. If you require help in implementing the system within your organisation we can assist.

BGS·SIGMAv2015 is available free for use by commercial and non-commercial organisations.

Please read and accept the licence agreement before downloading.

All databases created in the previous version of BGS·SIGMA (v2012) can be viewed in this new system using the import database tool, but they cannot be edited and all new work must be done in the new v2015 database due to changes in the system.

The downloads comes as a .zip file containing:

As part of its ongoing research, BGS have developed a number of software tools to advance their understanding of scientific systems and help them model geological and hydrogeological processes.