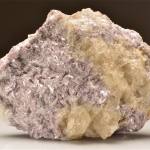 It is widely appreciated that toxic arsenic in well water is a devastating environmental health issue overseas in developing countries such as Bangladesh. However, the British Geological Survey, along with a PhD student from The University of Manchester, have discovered high exposure to the chemical from private water supplies here in the UK.

Following a recent British Geological Survey/Health Protection Agency study in Cornwall which showed that 5% of the private supplies tested had concentrations of toxic arsenic exceeding 10 micrograms per litre – and so exceeding World Health Organisation guidelines – Dr Michael Watts (British Geological Survey) has worked with Daniel Middleton, a postgraduate research student, and Professor David Polya (also from The University of Manchester) amongst others to study the exposure of householders with private supplies in 127 homes in the county.

Their research, published in Nature Publishing Group’s Scientific Reports journal, showed that the small number of people living in homes with high arsenic in their supplies had urine tests which generally revealed high arsenic concentrations, which provides strong evidence that they are being exposed at concentrations potentially detrimental to their health.

After adjustments were made for less toxic or harmless arsenic forms derived from eating seafood, it became apparent that the private water supplies of these householders was the most substantial route of toxic inorganic arsenic exposure. The researchers suggest that installing suitable water treatment or using alternative supplies for drinking water or drinks could reduce their exposure, and any consequent health risks.

Cornwall was one of the most important mining areas in Europe until the early 20th century, as it has a geology rich in high metal (tin, tungsten) and high arsenic rocks and sediments, which has contributed to the high arsenic concentrations found in these supplies.

Dr Michael Watts, one of the principal investigators on the project with the University of Manchester says “Cornwall is a county well known for a higher risk of arsenic in groundwater used for private drinking water supply as a result of the complex geology and history of mining. This work highlights the link between measurements in drinking water and urine as a biomarker of arsenic intake by householders. Most importantly, this work demonstrates the need for accurate and relevant monitoring to better define the extent and severity of exposure to arsenic in drinking water, including numbers of households affected, in order to remedy the problem.”

“These findings have important implications regarding the water quality of private supplies used for human consumption, not just in Cornwall, but across the UK and Europe,” said lead author Daniel Middleton. “Owners of single domestic supplies in England are not obliged to test or treat their water – we hope that this study raises awareness about the possible presence of arsenic and other potentially harmful elements in these supplies.”

While Cornwall is one of the counties most seriously impacted by high arsenic in private water supplies, groundwater arsenic hazard also exists in other parts of the UK, and is a chemical that should be routinely tested for by householders who drink water from groundwater-derived private supplies.

The University of Manchester, a member of the prestigious Russell Group of British universities, is the largest and most popular university in the UK. It has 20 academic schools and hundreds of specialist research groups undertaking pioneering multi-disciplinary teaching and research of worldwide significance.

The University of Manchester is one of the country’s major research institutions, rated fifth in the UK in terms of ‘research power’ (REF 2014), and has had no fewer than 25 Nobel laureates either work or study there. The University had an annual income of £886 million in 2013/14.

The Natural Environment Research Council (NERC) is the UK’s main agency for funding and managing world-class research, training and knowledge exchange in the environmental
sciences. It coordinates some of the world’s most exciting research projects, tackling major issues such as climate change, food security, environmental influences on human health, the genetic make-up of life on earth, and much more. NERC receives around £300 million a year from the government’s science budget, which it uses to fund research and training in universities and its own research centres. www.nerc.ac.uk

More than 1000 energy-saving solar panels have been ...

The UK Health Security Agency and BGS have published ...

Experts from BGS's marine team are part of a major ...