The Lyell Centre is a purpose-built £21 m facility, which enables the British Geological Survey (BGS) and Heriot-Watt University (HWU) to build on their individual and combined interdisciplinary expertise in land and marine conservation, geology and geoscience.

The new appointment will strengthen the capacity for joint working between both organisations.

Dr Shimmield brings a wealth of experience to the role, being an executive member of the British Geological Survey. She has a science background in marine geochemistry. Her interests include the investigation and assessment of human impacts on the marine environment, the role of science in innovation and the development of a sustainable blue economy with a specific interest in deep ocean resources.

Dr Shimmield said “I am very excited to take on this role and provide leadership for the Lyell Centre. The Centre, a strategic partnership between Heriot Watt University and British Geological Survey, is leading the way in bringing scientists from different areas together to develop new research and drive innovation.

Professor John Ludden, CEO, British Geological Survey said: “I’m delighted that Dr Shimmield will be in post as the Lyell Centre Director from February, working across both the BGS and Heriot-Watt University contributions to the work of the Centre.

“This will build upon the strong foundations already in place, expanding the existing collaborations and synergies that have been developed since the Centre’s creation, and I look forward to seeing the Lyell Centre grow during this exciting new phase.”

Professor Malcolm Chrisp, Head of School of Energy, Geoscience, Infrastructure and Society for Heriot-Watt University said, “Having worked with both Tracy and Tom during their time as Co- Directors I have seen first-hand the difference their dedication and hard work makes for the Lyell Centre and all the talented people who are part of its success. I want to congratulate Tracy on her appointment as Lyell Centre Director and Tom on taking on his new role of developing international research, and look forward to seeing the Centre go from strength to strength.”

The British Geological Survey (BGS) is a world leading applied geoscience research centre that is part of UK Research and Innovation (UKRI) and affiliated to the Natural Environment Research Council (NERC). BGS core science provides objective and authoritative geoscientific data, information and knowledge to inform UK Government on the opportunities and challenges of the subsurface. It undertakes national and public good research to understand earth and environmental processes in the UK and globally. The BGS annual budget of approximately £60 million pa is funded directly by UKRI, as well as research grants, government commissions and private sector contracts. Its 650 staff work across the UK with two main sites, the head office in
Nottingham and Lyell Centre, a joint collaboration with Heriot-Watt University in Edinburgh. BGS works with more than 150 private sector organisations, has close links to 40 universities and sponsors about 100 PhD students each year. Please see www.bgs.ac.uk. 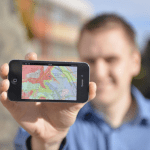 10 Years of sharing: How Open Geoscience is changing the face of research 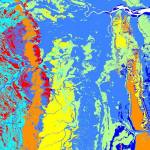 This theme provides information on the electrical ...