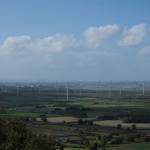 The British Geological Survey (BGS) is inviting Cheshire residents to consider the proposed borehole locations for the UK Geoenergy Observatory plan for Ince Marshes in Cheshire.

On September 11th 2018, between 5pm and 9pm, BGS scientists and experts in ecology, noise, traffic and drilling will be at Elton Community Centre to discuss the Cheshire Energy Research Field site proposal.

This meeting is the latest event in a comprehensive year-long programme of community engagement, during which the BGS has met with local stakeholders, businesses, residents and community groups.

The preferred locations for the boreholes will be discussed, giving local residents an opportunity to talk about the chosen sites, the drilling process, and the technical studies completed. People will have a further opportunity to explore the UK Geoenergy Observatories investment in Cheshire.

The UK’s main funder in environmental science, the Natural Environment Research Council (NERC), has commissioned the investment to keep the UK at the cutting edge of geoscience and energy innovation and to provide the important knowledge that will be required to move the UK towards a low-carbon economy.

The UK science community wants to ensure that the best possible geological evidence is available to underpin decisions and regulatory controls around the management of the environment and its natural resources, as government, industry, regulators and academia look at how the underground might be used for carbon storage, geothermal energy, compressed air storage, shale gas extraction and other resources.

In 2015, NERC ran a full consultation with the whole of the UK geoscience community to determine what new evidence would be needed in the context of new and emerging energy technologies. The outcome of this consultation is detailed in the science plan.

NERC has commissioned the BGS to create two world-class research sites that can deliver the evidence base detailed in the science plan. The government approved the £31m funding needed in April 2017 and the BGS has since been planning the delivery of the two observatory sites on behalf of the whole of the UK and the geoscience community.

The BGS began community engagement in Cheshire and Glasgow in September 2017, following a detailed geological investigation and discussions with landowners, which determined Ince Marshes and Dalmarnock as the preferred locations for the two observatories.

The two UK Geoenergy Observatories would be installed with the very best sensors and scientific equipment to enable the science community to deliver a 15-year, real-time evidence base on the underground environment. This evidence would be available and accessible to all.

The UK Geoenergy Observatory at Ince Marshes would enable study of science questions on a range of known techniques that utilise the sub-surface, from storing carbon to using the rocks as a battery store powered by solar, wind and tidal energy. The Glasgow observatory would help to answer science questions on the geothermal heat within flooded mine-workings below Britain’s towns and cities.

Professor Zoe Shipton, Professor of Geological Engineering at the University of Strathclyde and chairperson of the Geoenergy Observatories Science Advisory Group

“If we don’t understand the science, we won’t be able to engineer the system properly to de-risk emerging low-carbon technologies. Delivering the science depends on learning from research in a location typical of the demands people put on their environment. Cheshire has a very particular geology. It has lots of the rocks found throughout the rest of the UK. They are in one location and close to the surface, which means that Ince Marshes will enable scientists to build up a really good picture of natural conditions and change in a variety of rock types, and apply this new understanding throughout the UK.”

Professor of Geophysics at the University of Bristol, Mike Kendall

“The UK Geoenergy Observatories will ensure that we continue to lead the way in environmental impact monitoring: by providing even better understanding of how the underground system works. It will improve our understanding of the connections and pathways and therefore identify what else we need to be monitoring from an environmental point of view. It will become a world-class showcase for how monitoring should be done.”

Find out more about the UK Geoenergy Observatories at our website: www.bgs.ac.uk/ukgeos

The British Geological Survey (BGS) is a world leading applied geoscience research centre that is part of UK Research and Innovation (UKRI) and affiliated to the Natural Environment Research Council (NERC). BGS core science provides objective and authoritative geoscientific data, information and knowledge to inform UK Government on the opportunities and challenges of the subsurface. It undertakes national and public good research to understand earth and environmental processes in the UK and globally. The BGS annual budget of approximately £60 million pa is funded directly by UKRI, as well as research grants, government commissions and private sector contracts. Its 650 staff work across the UK with two main sites, the head office in Nottingham and Lyell Centre, a joint collaboration with Heriot Watt University in Edinburgh. BGS works with more than 150 private sector organisations, has close links to 40 universities and sponsors about 100 PhD students each year.

NERC is the UK’s main agency for funding and managing research, training and knowledge exchange in the environmental sciences. Our work covers the full range of atmospheric, Earth, biological, terrestrial and aquatic science, from the deep oceans to the upper atmosphere and from the poles to the equator. We coordinate some of the world’s most exciting research projects, tackling major issues such as climate change, environmental influences on human health, the genetic make-up of life on Earth, and much more. NERC is part of UK Research & Innovation, a non-departmental public body.

Photographs are available from our ftp server: ftp://ftp.bgs.ac.uk/pubload/bgspress

Free for media use with this acknowledgement: British Geological Survey©NERC 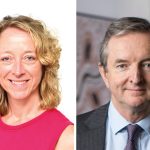 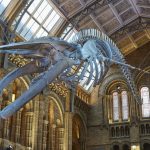 The Memorandum of Understanding reflects and builds on ... 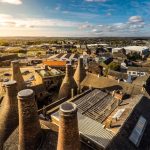 Research by BGS has developed a predictive model to ... 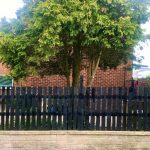 There are many ways to reduce your carbon footprint ...

The latest news on the status of geological storage of ...