Mining hazard (not including coal)

Great Britain has a long and diverse history of mining activity, resulting in the extraction of over 60 commodities. Materials raised range from metals, for example tin, lead and copper, to building stones, including the Northamptonshire ironstones (sandstone), slate and Portland limestone. Small-scale mining activities supporting local industries such as jet, graphite, ganister (silica-rich sandstone) and talc are also included.

Hazards caused by old mine workings

Historic mining activity has resulted in a legacy of underground voids that, particularly where shallow, may lead to collapse, manifesting at surface from shallow depressions to sinkhole-like structures. This type of damage can lead to financial loss for anyone involved in the ownership or management of property in former mining areas, including householders, developers and local government.

Costs resulting from the presence of old workings include increased insurance premiums, depressed house prices and, in some cases, engineering works to stabilise land or property. However, armed with knowledge about potential issues, preventative measures can be put in place to alleviate the impact to people and property.

The BGS mining hazard dataset combines geology, which constrains the distribution of workings, with records obtained through extensive literature searches to identify areas of past working. The result is a national dataset indicating the likelihood of the presence of past underground mining.

The dataset was created by grouping the 60 commodities worked into seven broad categories:

A second phase of processing collates the data into a single, comprehensive resource showing the location of known (non-coal) mining areas and describes the potential hazard associated with each site.

Underground workings are surrounded by an area of ground that is affected by additional stresses due to its proximity to the working and may therefore be subject to subsidence. The extent of this area is controlled by multiple factors including depth, competence of overlying beds and extent of working. However, these may be partially mitigated by other aspects such as type and depth of working. This area is known as the ‘zone of influence’ (ZOI).

ZOIs have been extensively studied in relation to coal mining: we are currently conducting research to explore the calculation of ZOIs associated with other types of mining.

Current research will develop a methodology to calculate the potential surface expression of this subsidence area. Initially the study will focus on room-and-pillar mining to obtain an understanding of the mechanisms involved in determining the ZOI.

The Long Meg gypsum mine in Cumbria has been used to develop a case study with which to establish the methodology. Further testing will be carried out using other evaporite sites, oil shale workings and extended to other mining types.

Other research and development

Mining of coal is specifically excluded from this dataset. Enquiries on past coal mining should be directed to the Coal Authority. 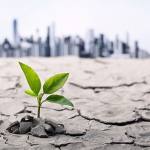 The hazard and resilience modelling team aims to develop new and innovative data products that deliver geoscientific information to a range of users in an accessible form. 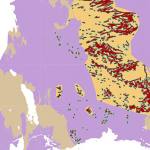 Mining hazard (not including coal) coverage

The mining hazard dataset provides essential information for planners and developers building in areas of former shallow underground mine workings. 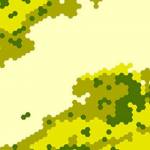 This dataset provides a generalised overview of the likelihood for mining to have occurred.