A walking tour of the geology of Arthur’s Seat

The BGS office in Edinburgh is located on the western edge of the city. Visible from the office windows is the prominent hill of Arthur’s Seat, standing proudly on the Edinburgh skyline. The form of the hill reflects the dynamic geological history that shaped the city, including ancient volcanic eruptions, tropical swamps and seas, and large glacial ice streams.

A short walk around key localities in Holyrood Park provides an insight into the geological history of area from the Carboniferous Period (360 million years ago) to now.

Starting on the north side of Holyrood Park, the remains of Camstone Quarry are found at Locality 1 on Figure 1. The sequence of sedimentary rocks visible here gives an insight into the local environment in the early Carboniferous Period.

A repeated sequence of red-brown sandstone and grey mudstone, part of the Ballagan Formation, is exposed in the quarry. Preserved rock features, such as wave ripples and hexagonal desiccation cracks, can be seen on the surfaces of fallen blocks. The wave ripples resemble those found on sandy beaches and the desiccation cracks reflect periods of drying. In vertical faces (around the corner) caliche can be seen — this is a hard material made up of calcium carbonate that forms within a soil under dry conditions similar to the Mediterranean today.

This combined evidence suggests that, during the early Carboniferous Period, the area was a swampy environment of shallow lagoons with a semi-arid climate; very different conditions to those in Edinburgh today! Sediments deposited in this environment form the sedimentary rocks that underlie much of the city.

After the start of the Carboniferous Period around 342 million years ago, volcanic activity began and lava erupted at Arthur’s Seat and spread across the landscape. At St Anthony’s Chapel (Locality 2) an excellent exposure of the volcanic rocks of the Arthur’s Seat Volcanic Formation can be seen. These are dark, basaltic rocks formed by the rapid cooling of lava flows. The basalt found at St Antony’s Chapel is part of a thick sequence that is thought to have erupted from a vent located where Edinburgh Castle stands today.

Underneath the basalt are layers of dark green rock containing black fragments, which are a deposit of volcanic ash. Volcanic ash forms during explosive volcanic eruptions when the lava interacts with water. The ash falls to the ground, forming a layer blanketing the surrounding landscape. In some places, plant remains can be seen between the layers of ash.

The crags are thought to have been formed by a horizontal igneous intrusion of dolerite called the Salisbury Crag Sill, which formed after the main lavas and the volcanic vent at Arthur’s Seat. In the late 18th century, James Hutton recognised that the molten igneous rock had intruded into the existing sedimentary rocks to form the dolerite. The world-famous Hutton’s Section close to the crags shows this contact between the dolerite and the Carboniferous sedimentary rocks.

Please note Locality 4 where Hutton’s Section can be seen is currently not accessible due to the slope instability on the front of Salisbury Crags and all access is cordoned off.

For the final location on the walk, head down to Duddingston Road to Locality 5. Looking up towards the hillside from the road, you will see a vertical face with tall, hexagonal columns of dark grey rock. These are called Samson’s Ribs. The rock is basalt, similar to the rocks at St Anthony’s Chapel; here however, it is thought that the molten lava ponded up in a surface hollow rather than flowing as a thin sheet across the land surface. The hexagonal columns form when a particularly thick layer of lava on the surface cools slowly.

After volcanic activity stopped, millions of years of slow erosion stripped away hundreds of metres of rock, removing most of the volcanic cone that would have crowned the volcano. Over the past two million years, glacial erosion has played a significant part in scouring the landscape. During the last major glaciation of Scotland, around 31 000 to 16 000 years ago, large ice streams sourced from Highlands and Southern Uplands flowed east across Edinburgh and the Lothians towards the area now occupied by the North Sea. The scouring of the ice removed the softer country rocks and shaped the hard, igneous rocks from the volcanoes core into the landscape we see today.

Duddingston Loch, located to the to the east of Locality 5, is formed in the hollow eroded as ice flowing from the west was deflected around the hard protrusions of Salisbury Crags and Arthur’s Seat.

If you have time, you can walk back to St Leonards via the tunnel that forms part of the The Innocent Railway path. This tunnel was originally constructed to take horse-drawn wagons, running on rails, bringing coal into the city of Edinburgh from coal mines to the east. It was the first railway tunnel in Scotland and the station the railway terminated at (now a modern residential development) was the first railway station in Edinburgh. The Edinburgh and Dalkeith Railway was commonly referred to as the Innocent Railway due to the wagons being horse drawn and perceived at the time to be safer than steam trains.

More information on the Innocent Railway can found on the Historic Environment Scotland website.

There are a number of resources available with further information on Arthur’s Seat and Holyrood Park: 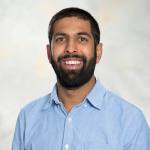