Free for commercial, research and public use under the Open Government Licence. Please acknowledge the material.

Buried valleys are ancient river or subglacial (beneath a glacier) drainage networks that are now abandoned and have become either partly or completely buried by more recent sediment. As such, buried valleys often exhibit little or no surface expression within the modern landscape.

The buried valley dataset contains our current knowledge of the onshore likely occurrences of buried valleys in Great Britain.

It is comprised of two datasets: 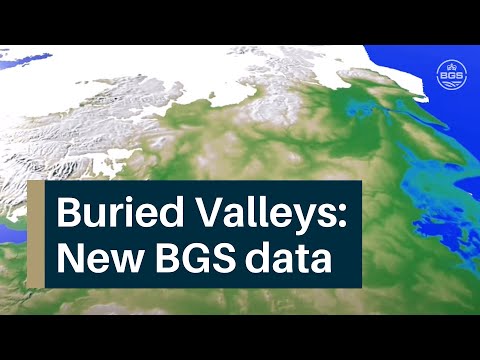 This dataset is for users who are seeking information about the locations of buried valleys across Great Britain. These are important features for geologists, civil engineers, hydrogeologists and environmental scientists because they can have unexpected consequences for anyone interested in the position of bedrock or the thickness of superficial deposits. Equally, this dataset will be of interest to the research community of Great Britain as buried valleys provide detailed archives of palaeoenvironmental and landscape change.