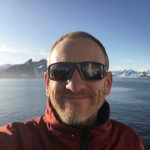 Nigel Bird is the director in United Kingdom Research and Innovation (UKRI) responsible for ships and aircraft.  As the Major Programmes and Resources director for the Natural Environment Research Council (NERC) Nigel leads teams overseeing the design, construction and operation of large research infrastructure. NERC is part of UK Research and Innovation. Prior to his current role Nigel has served as the SRO for the RRS Sir David Attenborough and the finance director of ESRC, UK SBS and NERC.

Nigel Bird is a Fellow of the Association of Chartered Certified Accountants, has a degree in Biology, an MBA in Global Business Strategy and is a member of HM Government Major Project Leadership Academy. Nigel has worked in senior leadership positions within the Research Council’s for twenty years.