Following the M7.8 Gorkha earthquake in Nepal on 25th April 2015, the UK has played a leading role building an inventory of landslides and advising on the associated hazards. BGS and partners at Durham University have used satellite imagery to map and characterise over 3000 landslides triggered by the earthquake. We used various types of satellite data (obtained via the International Charter Space and Major Disasters and directly from data suppliers) including WorldView, UK-DMC2, SPOT, Pleiades and RADARSAT-2 to create maps of landslides active since the earthquake. These maps are helping the relief efforts by showing where roads or rivers are blocked and where villages have been affected by landslide debris.

The UK team has also worked alongside, and compiled the landslide maps from, other agencies such as NASA, NGA, MDA and ICIMOD to produce a comprehensive map of the post-earthquake landslides. The maps have been posted in several locations including the Charter website, UNOSAT, Nepal Earthquake Support and Earthquakes Without Frontiers, and are being used on the ground by several relief agencies.

Maps of active landslides in Nepal 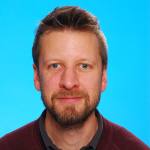