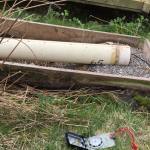 El Niño is used to describe the irregular warming of sea surface temperatures which occurs every few years, alternating with phases of cooler ocean temperatures, known as La Niña.

Although these climatic changes are typically concentrated in the central-east equatorial Pacific, they can trigger patterns of intensified weather across the world, and El Niño in particular can have devastating global consequences. It has been associated with temperature rises, severe drought and food insecurity, rains and floods, even leading to outbreaks of disease, malnutrition and respiratory health problems.

For some parts of the world, this chain of severe weather, almost like a domino effect, can carry great benefits, creating winds so powerful they can prevent storms from turning into dangerous hurricanes. In the UK, they can increase the chance of cooler winters.

Now an international team of researchers, with support from the British Geological Survey, has been studying the link between El Niño and increased lightning activity.

Whilst previous studies have shown some correlation between lightning and the phases of El Niño and La Niña, few have focused on the transition between the two.

The team, whose paper was published in the Journal of Geophysical Research, believe their research could be used in the future to predict extreme El Niño events and allow affected populations to be better prepared.

By focusing on the Schumann resonances, a global phenomenon produced by low frequency electromagnetic radiation from lightning, the researchers were able to explore this correlation with the two strongest El Niño events of the last 25 years, which occurred in 1998 and 2015.

The authors used induction coil data from the BGS Eskdalemuir Magnetic Observatory, which has been measuring changes in the high-frequency magnetic field at Eskdalemuir since in 2012, and combined it with equivalent data from three other observatories from around the world. They discovered that patterns in the intensity of lightning activity increased dramatically several months before the 2015 El Niño event.

Rapid changes in the magnetic field, between 1 and 50 times per second, are mainly driven by lightning flashes around the world. I processed the induction coil data from our observatory at Eskdalemuir to show the changes in intensity of lightning over the past eight years, and the lead authors put this into context with other observations from around the world.

It was discovered that increased lightning intensity as measured in the first Schumann resonance could be linked to heightened instability of the atmosphere in the Pacific region prior to large El Niños.

The authors describe how, in the initial stages of the El Niño, before it reaches its maximum, there is a noticeable rise in the amount of energy released from lightning strikes in this region.

This does not appear to be the case for most El Niño events — just the very largest — and is speculated to be due to the re-organisation of the weather systems in the Pacific region, which temporarily increases the number of lightning strikes.

What’s fascinating is the link between a sudden increase in lightning in the Pacific regions prior to a large (or super) El Niño event, has not been observed before.

It’s been confirmed from induction coil measurements in Europe, North America and Antarctica, but the amount of increase depends on the location and direction of sensitivity of the instruments at each location.

What is interesting is that a robust signal can now be clearly observed from several independent observatories.

Since there were only two super El Niño events for which enough Schumann resonance data were available to compare with, another large event is needed to confirm the hypothesis, but if the theory is correct, it would suggest there is a few months’ lead time between the increase in lightning measured and the onset of a very large El Niño.

Eventually, these insights could help scientists to better understand how large El Niño events are triggered, and lead us a step closer towards being able to predict these changes.

BGS has made the coil induction data from Eskdalemuir available to download through the National Geoscience Data Centre.

These data also have plenty of scope for studying other geophysical effects such as the change of the ionosphere over the solar cycle or the passage of atmospheric gravity waves. The BGS will be investigating these over the coming months in collaboration with the paper’s authors and colleagues at Leicester University.