Yr Wyddfa (English: Snowdon) is located in Eryri National Park (Snowdonia) in North Wales. It stands at 1085 m above sea level, and is the tallest mountain in Wales. The mountain is part of the Snowdon Massif, a group of mountains in the area that were formed as volcanoes in the Ordovician Period (485.4 to 443.8 million years ago) in what was then the Iapetus Ocean. The sediments that were laid down at the bottom of the ocean have become the slates that this part of Wales is famous for, which are used in buildings for roofing, flooring and decoration.

Yr Wyddfa is a major tourist attraction in North Wales and many people enjoy the views from its summit, but some may not appreciate the geology that created the landscape. There are multiple routes that you can use to hike the mountain, but here I describe the Rhyd Ddu path. I liked this route because it has a mix of challenging terrain and is less popular than the Llanberis Path.

North Wales is known for its many slate quarries. The Rhyd Ddu path is no different and the first place of interest the hike takes you past is an old slate quarry. This quarry is approximately 30 m wide and quite deep and an igneous intrusion can be seen on the right-hand side (if looking from the path). It is easy to spot as, unlike the layered slate, it looks more rounded. The vertical rock on the left-hand side of the quarry is a good example of the slate and it can be seen towards the back and bottom of the quarry as well.

This whole locality is a great example of how intrusions cause the rocks around them to deform and metamorphose. The slate formed when the original sedimentary rocks, such as siltstones and mudstones, were heated and compressed by the multiple igneous intrusions in the area. The minerals within the sediments realigned themselves perpendicular to the direction of the compression, which created the layers in the slate that make it easy to split into thin sheets.

The path carries on through fields of sheep, grass, moss and heath and becomes trickier as you walk through the ragged outcrops, so boots with ankle support are a must. There are outcrops of more intrusions and rocks formed from volcanic ash called tuffs, as well as waste heaps of quarried slate, along the way. There are also many quartz erratics, which are loose rocks that were most likely left behind during the retreat of glaciers at the end of the last ice age.

The path then leads through very rugged terrain for about 3 km and up onto a ridge. From here, people taking the Snowdon Ranger Path to the summit can be seen on another ridge directly north. The effects of glacial erosion are clear from the many glacial lakes and erratics along the path and the rounded shape of the other peaks and ridges in the region.

The path now bends north and becomes much steeper and more exposed to the wind. From here, it is about another 780 m to the summit. Rocks protrude vertically out of the ground, making for a narrow and tricky course. These rocks are bedded pyroclastic strata called ignimbrites, which forms when material ejected from a volcano is deposited in multiple layers from multiple eruptions. As time went on and tectonic uplift occurred, these rocks were tilted to form the rugged outcrops seen today.

A great view awaits at the summit — if it isn’t shrouded in clouds! The long and narrow body of water is Llyn Padarn in Llanberis. It flows into the Menai Strait, which separates the Isle of Anglesey (Welsh: Ynys Môn) from the rest of Wales. To the north and east, steep ridges and blue lakes are visible and the tops of other peaks in Eryri are clear.

If you cannot or don’t want to hike, the Snowdon Mountain Railway travels from Llanberis to close to the summit of Yr Wyddfa from March to October. There is also a café at the summit to warm up or cool down after your hike. To get to the beginning of the path, travel to Rhyd-Ddu village by car and park at the maes parcio Rhyd Ddu (Rhyd Ddu car park). There is also a bus that can take you to the village from Caenarfon.

The more popular and well-walked routes from Llanberis and Pen-y-Pass can also be reached by bus or car; buses are a good idea during busier times of the year as finding a parking spot can be difficult unless you arrive very early.

Eryri is a Site of Special Scientific Interest and a Designated Special Area of Conservation, which means you cannot remove any rock or vegetation from the area. This is to protect the heathland and alpine vegetation that grows in acidic soils, such as the Snowdon lily and various grasses and mosses.

You need to wear suitable walking boots for the hike as the path is rugged and uneven. Check weather forecasts and plan accordingly, and keep in mind that weather can change suddenly throughout the day and as you climb up into higher altitudes. Wear appropriate clothing for the weather on the day and keep away from ledges when it is windy as the winds can be strong. Take water and food because the hike takes up to six hours. 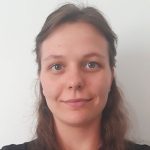 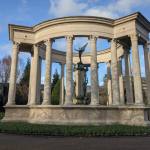 Learn more about the interesting geological stories waiting to be unearthed just a stone’s throw from our Welsh office. 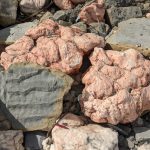 Alabaster from Penarth in Wales is a decorative stone used inside many buildings in the area. Find out more about its origin. 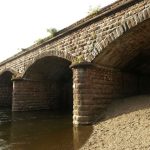 Radyr Stone was produced from a number of quarries in Cardiff. Take a geological walk to see a quarry and spot the stone’s use in the city. 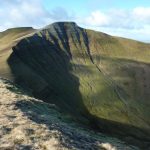 Walking in the Brecon Beacons National Park in South Wales.